We are fortunate to have a number of long-term, committed employees who have been with us for many years. All are talented, dedicated people and our clients often comment on the responsiveness and attentiveness of our entire team. We also have a well-honed network of partners whom we call upon when the need arises to ensure we can offer a full set of capabilities, meet deadlines and exceed our clients’ expectations. Meg Kelleher is a Managing Director at The Collaborative. Prior to joining the Collaborative, Meg was a regional managing director for Fidelity Clearing & Custody Solutions (FCCS), a unit of Fidelity Investments that provides a comprehensive custody platform, brokerage services, trading capabilities, and practice management and consulting services to registered investment advisors, including strategic acquirers and professional asset managers, as well as retirement service providers.

With more than 30 years of financial services experience, Meg had national responsibility for FCCS’ Core Advisor Solutions (CAS) group, the Business Development Group (BDG), as well as retirement plan advisor clients. She oversaw a dedicated team to attract and serve small advisors on Fidelity’s platform, and to promote the services of 401(k) retirement plan record keepers while engaging more effectively with advisors who sell retirement plans. In this role, Meg helped clients drive scale and efficiency, grow their business and keep them at the forefront of their industry. She was named one of the “2013 Most Influential People” by the 401kWire.

Prior to joining Fidelity in 2007, she was a senior vice president at State Street Bank, responsible for business development and relationship management for the wealth manager services business. Meg began her career in financial services at Salomon Brothers in New York City, where she held various positions. She then spent several years as the chief operating officer at the Massachusetts Industrial Finance Agency.

Meg earned a Bachelor of Arts degree in special education from Boston College. She and her husband have three children and reside in Marshfield, Massachusetts. She serves on The Boston College Alumni Board, is a member of the Council for Women of Boston College and is on the Board of Director’s for Alice’s House, a non profit in Scituate, Massachusetts.

Eileen joined BNY Mellon in 2006. Prior to her role as executive director, she had national responsibility for all new business activity for the Family Office and Charitable Solutions group. Before her tenure at BNY Mellon, Eileen was a partner and director of sales and marketing for Lee Munder Capital Group, an investment boutique serving institutions and family offices. She was also a principal at State Street Global Advisors, where she was responsible for the development and implementation of marketing and sales-of-investment strategies for the taxable investor.

Eileen received her bachelor’s degree in mathematics from Boston College. From 2009-2016, she was a member of the Harvard Kennedy School of Government’s Women’s Leadership Board. She completed the 2010 Harvard Business School Women’s Leadership Forum as well as the 2015 Harvard Business School Executive Strategy Forum. She was also a member of the board of directors for EMPath from 2010–2016, and is currently a member of their Investment Committee. In 2007, Eileen was listed among the top 20 U.S. Woman Wealth Professionals by Global Investor Magazine. Cathy is a Senior Consultant with The Collaborative.

Cathy spent many years in financial services and banking, most recently as an Organizational Effectiveness Specialist at the Federal Reserve Bank of Boston. She has held senior roles at many well-known financial firms including Deutsche Asset Management as Director, Global Consultant Relations.

Cathy is a Certified Professional Co-Active Coach and a Certified Bigger Game Leader. She is a former board member of the Babson College Alumni Association and was the co-creator of the Alumni Development Program at Babson College. She holds a BS in Business Management from Babson College. Valerie Vigoda is a leadership trainer and coach. With over 25 years of experience as a leader and an educator, Valerie works with organizations in several industries including finance, health care, manufacturing, hospitality, engineering and education. She works with leaders to increase their emotional intelligence and build their leadership skills.

In her coaching, Valerie helps leaders become more effective in their relationships, communication, systems, time management and supervision. Her clients learn strategies and build their confidence so they lead with more intention, efficiency and effectiveness. They learn to better engage their team members so the entire organization benefits from improved morale and increased productivity.

Valerie travels the country speaking to organizations on the topic of leadership development. She is also a frequent guest lecturer in MBA and other graduate management programs within colleges and universities. She is known for her upbeat engaging and interactive style of presenting.

Valerie received an MBA with a Certificate in Entrepreneurship from Boston University and a BA in Economics and Political Science from the University of Massachusetts, Amherst. She holds Coaching Certificates from Positive Acorn in Oregon and Wholebeing Institute in Massachusetts. She is also certified by the International Coaching Federation (ICF). Howard S. Krooks, a partner of Elder Law Associates PA with offices throughout Southeast Florida, is admitted to practice law in New York (1990) and Florida (2004). Mr. Krooks is Of Counsel to Amoruso & Amoruso, LLP, in Rye Brook, New York.

Mr. Krooks splits his time between New York and Florida, where his professional practice is devoted to elder law and trusts and estates matters, including representing seniors and persons with special needs and their families in connection with asset preservation planning, supplemental needs trusts, Medicaid, Medicare, planning for disability, guardianship, wills, trusts and health care planning with advance directives.

Mr. Krooks is certified as an Elder Law Attorney by the National Elder Law Foundation and is a Past President of the National Academy of Elder Law Attorneys (NAELA; 2013-2014). He is also the current President of the New York chapter of NAELA and serves on the Executive Council of The Florida Bae Elder Law Section as the Administrative Vice-Chair and NAELA Liaison. He is a Past Chair of the Elder Law Section of the New York State Bar Association (NYSBA; 2005). He was selected as a Florida Super Lawyer and a New York Super Lawyer (2007-2017). He was also named a Top 25 Westchester County Attorney (New York Times – Sept. 2012-2017). He was recognized as one of Florida’s Legal Elite for 2016-2017. Mr. Krooks has a 10.0 (Excellent) rating from Avvo and is AV Preeminent® rated by Martindale-Hubbell, a testament that Mr. Krooks’ peers rank him at the highest level of professional excellence.

Mr. Krooks received the Outstanding Achievement Award from the NY Chapter of NAELA in 2006 for serving as Co-Chair of a Special Committee on Medicaid Legislation formed by the NYSBA Elder Law Section to oppose NY Governor George Pataki’s budget bills containing numerous restrictive Medicaid eligibility provisions that, if enacted, would severely impact the frail elderly and disabled populations. He was also recognized for serving as Co-Chair of the NYSBA Elder Law Section Compact Working Group, which received national attention for developing alternative methods of financing long-term care. Additionally, Mr. Krooks served as Chair of a Special Committee created by the NYSBA Elder Law Section to address the Statewide Commission on Fiduciary Appointments formed by Chief Justice Judith Kaye.

Mr. Krooks co-authored the chapter, “Creative Advocacy in Guardianship Settings: Medicaid and Estate Planning Including Transfer of Assets, Supplemental Needs Trusts and Protection of Disabled Family Members” included in Guardianship Practice in New York State, and the chapter “Long Term Care Insurance in New York” included in Estate Planning and Will Drafting in New York, both published by the NYSBA. He is widely published on many elder law topics. A former Adjunct Assistant Professor at New York University’s School of Continuing and Professional Studies, Mr. Krooks taught Asset Protection Planning. He also served as an instructor for the NY Certified Guardian & Court Evaluator Training program. Jill Poser founded the Life Care Planning (LCP) Division within Advocare – Care Advocates (www.caremanage.com) to establish a full-service integrated care management platform.  The express purpose of the LCP division is to synchronize each client’s financial wherewithal with his or her changing care needs. Under Jill’s leadership, the LCP team implements programs and services for clients dealing with life transitions because of aging and physical or cognitive disabilities. Her vision is the culmination of more than thirty years of business experience, which includes care management, Life Care Planning, Medicare home health sales and special needs construction.

Jill devotes extensive time and resources to educating the community-at-large. She has been a featured speaker at the Alzheimer Community Care 2010 Educational Conference, the 2010 National PCA Conference in Washington D.C., the 2013 Elder Concert at Florida Atlantic University, Boca Raton, FL, the FICPA Academy Conference in Tampa, FL, 2015, FAU Memory & Wellness Center, Boca Raton, FL, Vitas Healthcare, the Caregiver Solutions Radio Show and senior communities throughout South Florida. Currently, Jill consults with independent financial adviser groups advising on the challenge of diminished capacity and developing strategies for how their service will evolve and adapt to clients as they age.

Jill rededicated her career to the Aging-in-Place phenomenon beginning in early 2008 with the ‘Certified Aging-in-Place Specialist’ designation from the National Association of Home Builders (NAHB) while she co-owned a design build company in Fort Lauderdale, FL. Her ‘One-Stop-Shop Philosophy’ in home safety through design and renovation was the first step toward her role in advocacy. In 2009, she founded the Poser Home Safety Company, Boca Raton, FL; an accessibility modification-based company geared towards people with a variety of disabilities. The firm specialized in aging-in-place, home safety, accessible solutions and project management services to maximize independence and daily life activities.

The chance to evoke change and achieve positive outcomes is a driving force and key component to all of Jill’s business practices. She is a board member of The Jewish Federation of South Palm Beach County Business & Professional (B & P) Cabinet, co-chair of the B & P Cabinet Annual Campaign, a member of the Pomegranate Society and Women’s Philanthropy Board Member.  She most recently developed and launched the first social action project on behalf of the B & P Cabinet called the Cabinet Closet that donates suitable attire for interviews and employment empowering people to achieve economic independence. Jill is a motivational speaker for Career Comeback; a program helping women come back into the workforce.  She was a member of the A.W. Dreyfoos School of the Arts Advisory Council and sat on the board of the FAU Memory and Wellness Center.

Jill holds a Graduate Certification in Geriatric Care Management from the University of Florida and a Certified Aging-in-Place designation from the National Association of Home Builders.

In recognition of Bev’s noted accomplishments, she is now listed in Wikipedia. 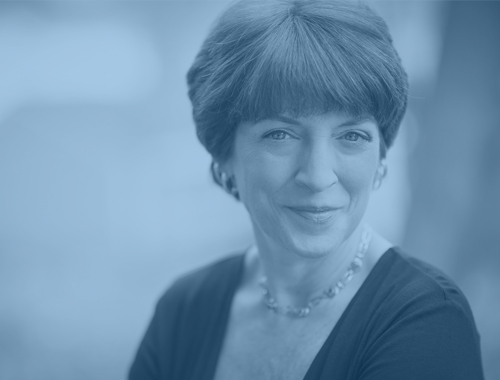