Jump off a cliff, skydive without the parachute, place your life savings on single bet in Vegas: that’s how most people feel about risk. It’s scary and full of uncertainty.

Part of the reason we think this way is that our brains are hardwired to survive — to keep us alive by making the right decisions. Sensing risk sets off our fight or flight instinct, causing stress and anxiety.

But is playing it safe the right thing to do?

Let’s reexamine risk and embrace it!

Albert Einstein’s neighbors on Saranac Lake didn’t remember him for the Theory of Relativity, but for all the times they needed to save him from his seemingly lousy sailing skills.

Einstein loved sailing and taking risks. He often sailed into storms when scientists and friends came to visit, although he didn’t know how to swim, and in 1944, his boat hit a rock and capsized causing him to become trapped under his sail. Yet he never panicked, these were his happiest times, where he took notes and wrote in his diary. His risk-taking helped him stay curious and innovative, and he may have even written the Theory of Relativity on a sailboat! 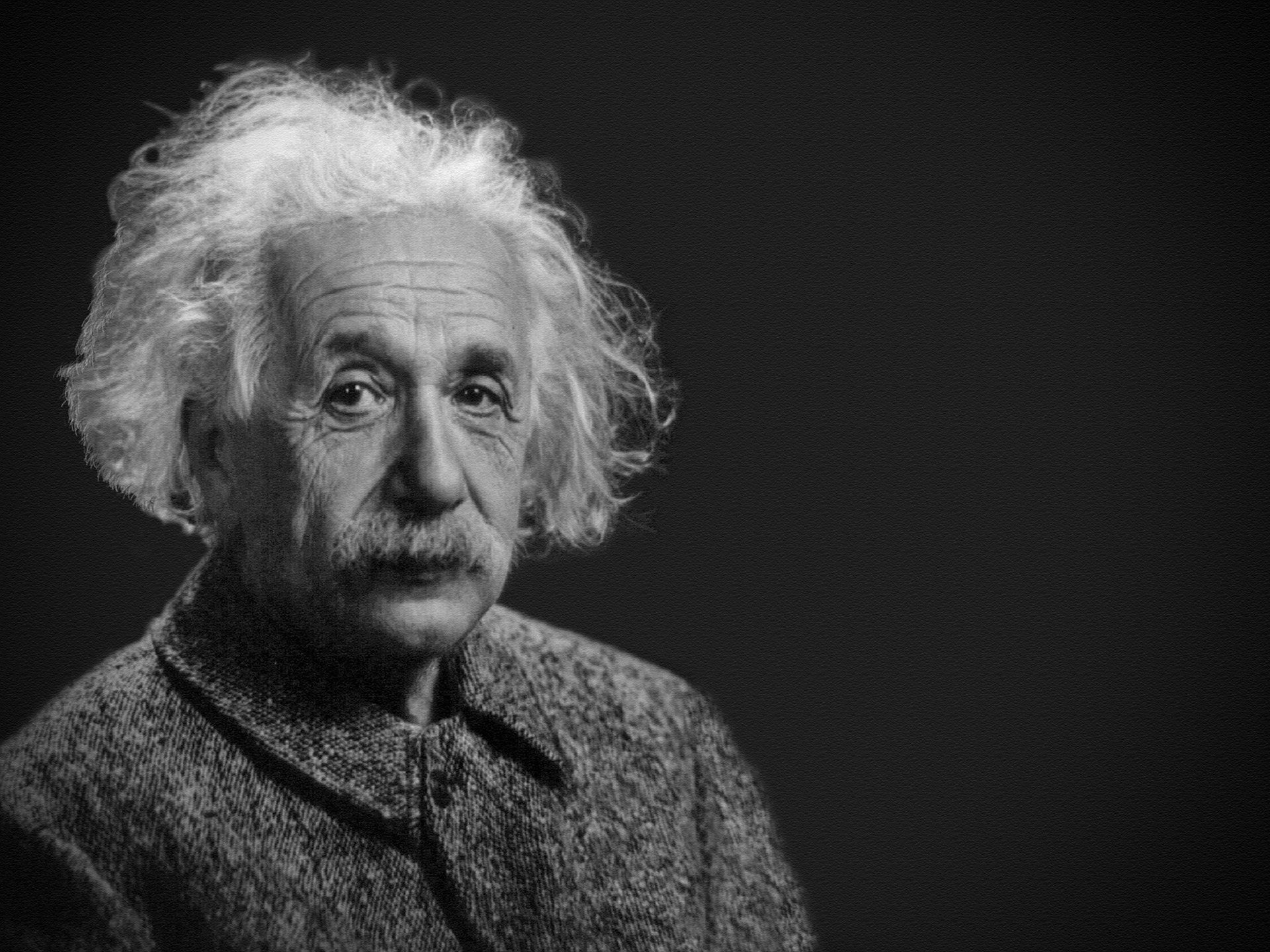 What’s the definition of Risk?

The Oxford Dictionary cites 1655 as the earliest use of the word “risk” in English, derived from the French “risque,” which means danger. But consider other derivatives – the Italian verb “risicare,” means “to dare,” while the dual Chinese characters for “risk” are “danger” paired with “opportunity” – and you get a different glimpse of what risk-taking entails.

Every human innovation has come from risk

From hungry prehistoric hunters chasing down large mammals across the ice to blasting into space with reusable rockets and artificial intelligence — embracing risk has driven humans to remarkable achievements.

Risk has helped “define what it means to be a human being,” according to Peter L. Bernstein, in his 1996 book, Against the Gods: The Remarkable Story of Risk. And it has propelled science, communications, finance, innovation, speed and power throughout history.

Risk-taking is an essential part of business innovation. As a business owner or manager, you must perpetually consider the pros and cons of new product development, hiring new employees, and acting on new opportunities. You must weigh what you know with what you don’t know – unpredictable factors like the weather, the economy, and human caprice.

FedEx was founded on a gamble

In 1971, Frederick W. Smith founded Federal Express (FedEx) with his inheritance of $4 million and raised an additional $91 million in venture capital on his pledge that his company could deliver a package to anywhere in the world overnight.

However, just three years later, rising fuel costs pushed the company to the edge of bankruptcy. When investors and creditors turned down his request for more funds, Smith took the company’s last $5,000 and flew to Las Vegas as a last desperate resort.

Luck was on his side. Smith won $27,000 at the blackjack tables! His winnings were enough to keep the company rolling until he managed to raise $11 million. In 1976, FedEx made its first profit of $3.6 million. Today, the company has assets of more than $46 billion.

Elon Musk is the ultimate serial entrepreneur and risk taker

Elon Musk is one of the great visionaries of our time. By taking risk after risk, he has helped transform the world. After attending Stanford for just two days in 1995, he deferred his enrollment to try his hand a creating an internet company with his brother. He never went back to Stanford.

In 1999, Musk and his brother sold their company, Zip2, to Compaq for $307 million cash and $34 million in stock options. But he was still disappointed that the company didn’t make a significant impact on the world, which was his broader goal. With barely any downtime, he decided to take on the financial industry, where transactions like mailing checks were slow and archaic.

He founded x.com so consumers could make electronic payments. After merging with his competitor, they were able to compete against eBay. The new company, PayPal, transformed the financial industry, and when eBay acquired PayPal for $1.5 billion, Musk was the largest shareholder and walked away with $180 million.

As a child Musk loved reading science fiction but was disappointed that NASA had no plans for a mission to Mars. And so SpaceX was born. Musk also wanted to end humanity’s addiction to fossil fuels, so he developed sustainable energy with SolarCity. And if that wasn’t enough, he founded Tesla to create an electric car that people coveted, that wouldn’t be a compromise.

But after the 2008 recession and his divorce, all his companies went into freefall. Musk was at his lowest point. He took a leap of faith and invested all his reserve capital from the sale of Paypal, his last $35 million, into Tesla.

It paid off! Tesla is now valued at more than $61 billion, SpaceX won a 1.6 billion contract with NASA, and SolarCity is America’s largest provider of solar energy. And Musk is not playing it safe. He’s now taking on city transit with his latest project, the Hyperloop.

When her husband committed suicide in 1963, Katherine Graham took over as publisher of the Washington Post. Her father first purchased the failing paper at auction in 1939. By 1972, her success at the now-groundbreaking paper – where she was often the only woman in the room – had made her the first female Fortune 500 CEO, and later won her a Pulitzer Prize when she published her memoirs in 1998.

Even with her own doubts about running the paper, and with no female role models to draw on, Graham forged a brave, risk-embracing path at the Post, starting with the publication, against the advice of her lawyers, of the Pentagon Papers in 1971, after the New York Times was placed under a federal court injunction.

This was a key turning point for the Washington Post, which, under Graham’s helm, published Bob Woodward and Carl Bernstein’s startling investigative front page articles about the Watergate conspiracy. The investigation led directly to President Nixon’s resignation under threat of impeachment in 1974 – and was immortalized in the film, All The President’s Men.

Always taking risks, Henry Ford was the definition of innovation in business. Originally Chief Engineer for the remarkable Thomas Edison, Ford developed a series of early automobiles with various backers and partners, culminating in the race car “999,” named after the fastest locomotive of the day.

With a global vision of consumerism as the key to peace, the founder of the Ford Motor Company had his mind set on a big breakthrough with his Model T – which he called his universal car.

At a time when most cars were selling at about $2,000, Ford priced his new car at only $850. “Our policy is to reduce the price, extend the operations, and improve the article,” Ford said. “You will notice the reduction of price comes first.”

Although his competitors were stunned, Ford just kept innovating – and risk-taking. As sales surged, he adapted the idea of the assembly line for automobile production. Then, when faced with a high employee turnover rate because of the monotony of the work, it was time for another risk.

Ford cut his workers’ hours from nine to eight and doubled their minimum wage. Employee absenteeism became a thing of the past, and applicants lined up for any open positions. Sales soared, production increased, and what did Ford do? He reduced the price of the Model T again Ford again.

“The payment of five dollars a day for an eight-hour day was one of the finest cost-cutting moves we ever made,” said a satisfied Ford. By 1923, more than half of the cars the on the road were model T’s, and Ford was a millionaire. 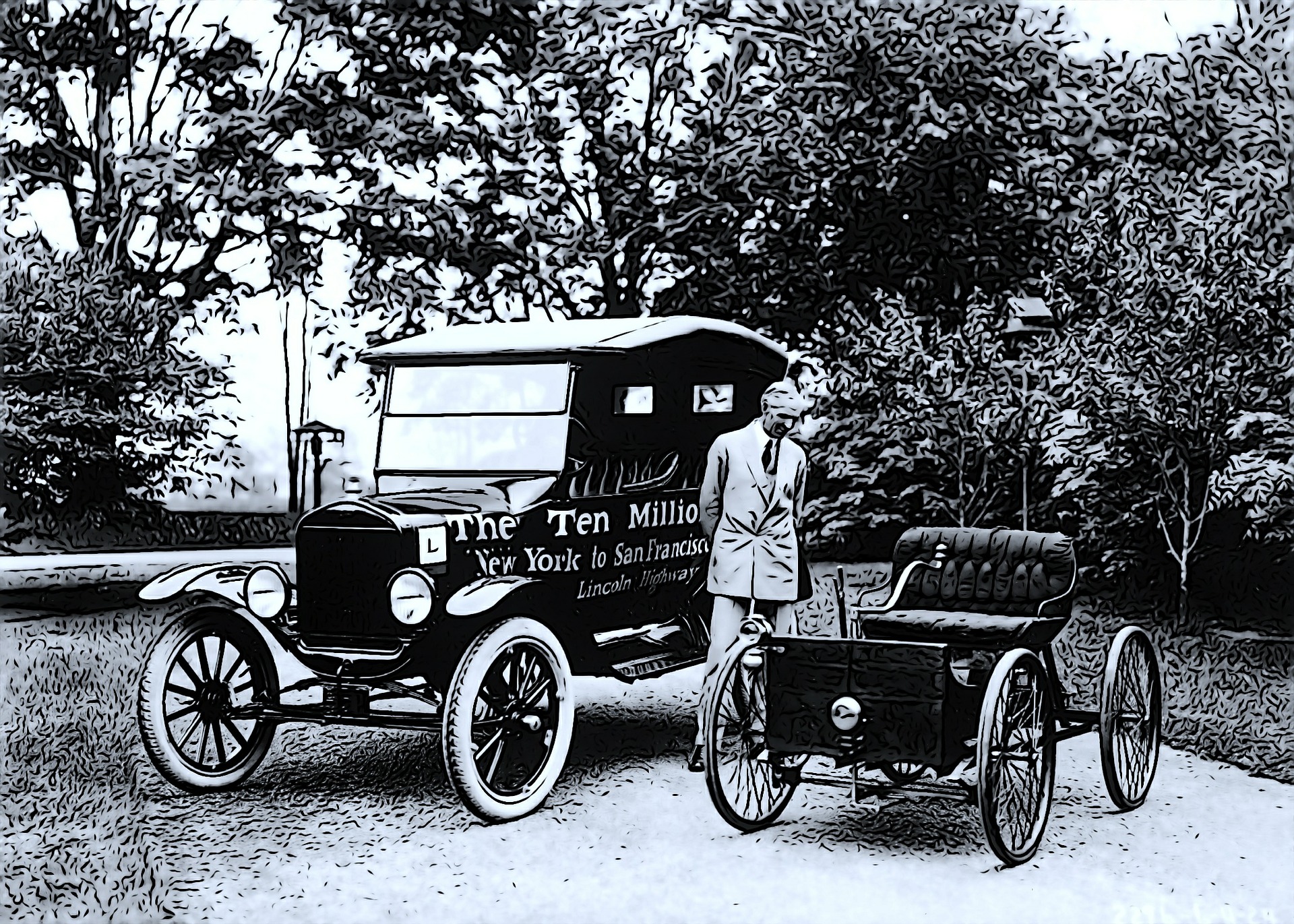 Arianna Huffington dares to fail at everything she does

Arianna Huffington’s recipe for success is daring to fail, and she’s shown no hesitation in testing herself in widely different arenas. She ran for governor of California in 2003 without ever holding political office. She launched the Huffington Post in 2005 without a journalism or tech background, sold it to AOL in 2011 for $315 million, and now as the second female board member of Uber, she’s taking on the role as the company’s public face amid its many challenges. In 2014, she was listed by Forbes as the 52nd most powerful woman in the world.

One of her earliest risks was publishing her controversial first book, The Female Woman, in 1973 when she was just 23 years old. It took the publishing world by storm and was translated into 11 languages.

Even with this initial success, she had 36 rejections for her second book, After Reason. This only empowered her to embrace her setbacks and continue persevering to get it published. Now Huffington has written 15 books, including her 2016 publication, The Sleep Revolution: Transforming Your Life, One Night at a Time, an offshoot of her Thrive Global health and wellness startup.

What does this mean for your business?

Human innovation has always been derived from risk, so why should we cease or even hesitate in our drive to build our businesses? Experimentation, innovation, and learning new things are all tied to curiosity and the risk of failure…or success.

The biggest risk is not taking a risk.

Risk is often equated with action, and the more risks – and action – we take, the more we learn and win. Taking risks keeps us fresh, vibrant, and innovative. It may cause stress and anxiety, but scientists are discovering that stress triggers us to be more focused, more empathetic, and better at adapting to adversity. It’s part of our quest for survival.

We are afraid of failure. Yet in science, in art, in sport, in business, in life — risk and failure elevate us to the next level. We don’t progress doing the same thing. Build a strong foundation, assess every factor you can, but take that chance. Embrace the risk.

Article republishewd with permission from Embroker.