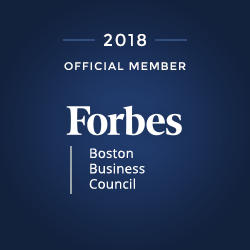 As a manager and leader, you probably spend a lot of your day trying to get people to do things — oftentimes, things they don’t really want to do. Whether it is a change in your organization, a new task they need to learn or an unpopular addition to their job description, bringing your staff around to your way of thinking and helping them realize the medicine is good for them takes more than just exerting your authority. It takes influence and persuasion. It is so much easier for a leader to have a team that is willingly participating rather than one being forced into what they need to do.

Developing influence and learning to persuade without forcing or pushing is definitely an art, but it’s one that can be learned. First, it is important to recognize that human beings don’t tend to naturally gravitate toward or embrace change. Most people would prefer stasis if left to their own decision making. It’s not that people won’t change; it’s just that in many cases they are fearful of the unknown. If someone can’t see clearly how the change will affect them and exactly what they need to do, and they can’t guarantee an outcome, the natural preference is to stay with what one knows.

If, as a leader, you are an eternal optimist who greets all changes with excitement and enthusiasm, you might try too hard to convince your team that the grass will really be greener on the other side. The more you effuse, the less they will be convinced.

Natural persuaders don’t just try to paint a picture of a colorful outcome and a beautiful future; they recognize the resistance of their audience and work with them in a way to help them come to their own decisions to participate and change.

There are four key ways you can develop your influence and persuasion skills:

Some people crave facts and data. If you have members of your team who want proof, they are looking for some sort of justification. If you simply say, “Trust me,” to people like this, they won’t. Now, in many cases you don’t have all of the facts and data; there is only a future state you are trying to get to. But there is almost always some sort of fact-based reason to make a shift or a new decision. It could be trends in your industry or company. It could be revenue- or profit-based. It could be based on the number of people on your team. Look for ways to compile some sort of information that shows your audience you have a solid reason for making the recommendation or request.

Learn The Process Of Reframing

Reframing is a technique developed from neuro-linguistic programming, which is the art and science behind reading people and their body language when they communicate. Reframing is taking a situation and changing the “frame” or the way you describe the situation. It’s a fairly simple process, but powerful. Let’s say you have a very aggressive and forthright employee. Someone on your team might say that person is “pushy and mean,” but you might reframe and say, “That person tends to be very forward when they believe deeply in something.” The person is the same, and the behaviors are the same, but the frame is entirely different — and therefore the interpretation is very different. If you are trying to convince a team member of something and want to be more persuasive, don’t discard their resistance out of hand, but rather reframe it for them: “I hear what you are saying, but perhaps there is another way to look at this situation.” Some people will call this using rose-colored glasses, but, in fact, it is just another truthful way of looking at the same situation. If you are going to tell yourself a story about something, why not choose a more positive story to tell?

And speaking of stories, storytelling is also a very powerful tool when you’re trying to influence. Those people who are not moved by facts, data and information require some sort of story that moves them because they recognize themselves in it. If you want someone to change their behavior and they are resisting, consider telling them a story about someone — preferably similar to them — who made the change and found themselves in a more positive place. People remember stories, and they connect to them. Stories are powerful because they create imagery and connection. Find a story, or two or three, to support your position, and tell it in a compelling and believable way to your audience.

Let Them Have Their Obstacles, But Organize Them

People resist because they see what might go wrong or what’s in the way. Again, it’s a fairly natural human reaction to want to focus on why it might not or can’t work: It’s too hard. Too expensive. No time. Too complicated. The lists can be endless. Allow your team members to organize their obstacles — raise them up and capture them. But then, help your team members organize them. What obstacles can they control? What can they influence? What’s out of their control? Help your team focus on those obstacles they can control and influence. Discard the ones that are out of their control; don’t allow them to waste energy on what they cannot fix. Help them to become empowered to make something happen.

Different things will work for different team members, so practice with all of these, and you might find that the next time you ask a team member, client or prospect to make a decision or move forward, they will do it much more willingly and happily.